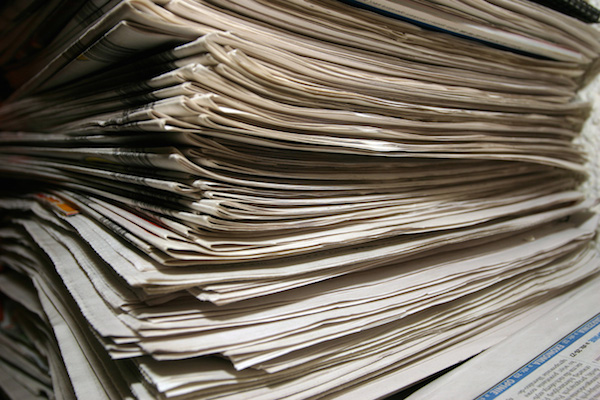 On August 1, 1821, the first newspaper was published on Greek soil, called “Salpinx Elliniki)” [Greek Bugle], in Kalamata, on a small printing press brought from Trieste by Dimitrios Ypsilantis.

A few decades earlier, in the late 1780s in Vienna, when preparations for the revolution were under way, the first Greek newspaper appeared, where the principles of Greek journalism started taking shape. Initially, a series of requests for the launching of newspapers, put forward by intellectual Greeks living in Vienna, were rejected by the Austrian government. Finally, the Austrian authorities awarded a printing license to Markides Poulious Brothers, who on December 31, 1790 launched a newspaper called Ephemeris (Ephemeral).

The dominance of national political struggle in journalism as well as in most facets of Greek everyday life has its roots in the nation’s particular history. The evolution of the media in general and the press in particular should be seen through this unique prism, that of the development of the social, political and economic environment that dates back less than a century ago, when Greece managed to secure its current geographical borders.

Thus, news media and journalism in Greece are not only about specific particularities of the profession, such as practices, newsroom culture habits and journalist-source relationships and interactions. It is also about society and the general political and economic environment within which journalism is professed. Journalists are not separate from society; they constitute vital parts of the presiding status quo. Therefore, understanding the national context and the particular developments in the Greek newspaper industry requires a travel in time. A very brief account has as follows:

The period after the Restoration of Democracy in 1974 until the 1990s is characterised by intense political juxtaposition that resulted to a boost in newspaper circulations during the 1980s. Later on, the gradual weakening of the traditional entrepreneurial role of the State, the EU prospects of Greece and the ultimate EMU national target enhanced the interest of the public on economic developments and private business activity. Therefore, during the 1990s, entrepreneurship and the stock market started to gain attention and an increasing presence in daily media coverage. These developments have directly affected journalism and the newspaper industry, the journalist-source interactions, as well as the relations between newspaper proprietors and other non-media business sectors. The years that followed until the beginning of the economic crisis, Greek media industry operated as a well-tuned orchestra that drew its power from the occasional contactor, a role played by the political system.

Many years ago, Robert MacDonald, in his book ‘Pillar and Tinderbox’ had correctly argued, the press in Greece is seen principally as a medium for the expression of political opinion. Newspapers are partisan and the notion of neutral, informational reporting is a recent one still not fully appreciated by many journalists and readers.

It is widely acknowledged amongst researchers that Greek newspapers were always used by their proprietors more as a means of participation in the political struggle and expression of political propaganda, than as mechanisms for entrepreneurial profit.

This phenomenon is still in effect today, however with certain new parametres, whose presence into the mix have changed the industry for ever:

– First, state money is gone, so is media clientelism; well, more or less.

– Second, the survival of traditional, partisan-oriented media in Greece would require journalists to be more independent than usual; thus more empowered in order to act on their own and stop relying on elite sources for ready-to-use material. Some of them are trying to cope with the new reality; others are firing away on their Facebook pages.

– Third, the second phase of internet revolution (i.e. social media), which in the case of Greece coincided with the unprecedented economic crisis made sure that traditional propagating techniques are neutralized, in some case even ridiculed.

– Forth, despite numerous mainstream and independent investments online, real web-journalism is still absent from the Greek market.

– Fifth, the lack of academic and research support in the field remains -as always- the most critical structural weakness (or distortion) of the local media business.

I am not sure whether or not the legal amendment stuffed into an unrelated draft bill discussed Tuesday (Aug 5) in Parliament constitutes a reform or a ‘rousfeti’ that the coalition government tried to downplay to avoid causing a fuss (the draft bill was tabled at the climax of the Greek summer). What I am certain of, though, is that this government continues to play ball with the old media dogs that people have left behind for dead, instead of embracing digital growth, thus supporting new media ventures millennials are using on a daily basis.

As for old media barons, they fail to understand that the Greek word “ephemeral” [ephimerida] is much more powerful and buzzy than any news (printed) on paper. This is where the news business of the future is based on… 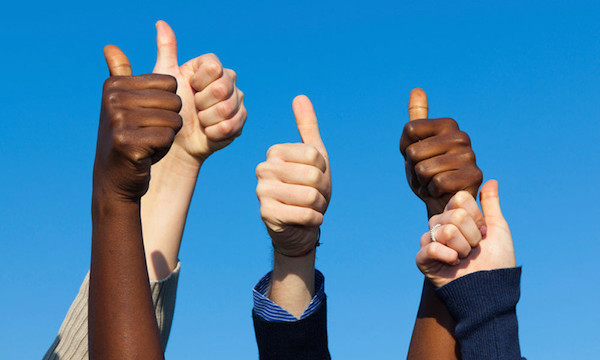 Mumbling our way out of the Greek crisis