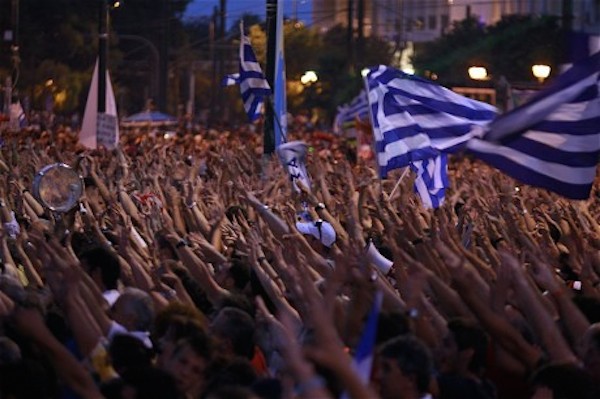 Being Greek was always associated with some kind of blessedness, at least for the locals. Inspired by their Ancient self, Greeks continue to believe that they hold a special place in the hearts of foreign peoples, who view Pericles’ descendants with envy.

Since the creation of the Greek modern state, “at the perils of underdevelopment”, as Mouzelis would put it, the land was always considered having a power of ‘Greekalization” foreigners were exposed to, who, after successive visits, they tend to think of the country as their second home. Those who have chosen to live here permanently, and on occasion visit their homeland for short periods of time, when they come back, you can hear them saying that they were anxious to ‘return home’.

Foreigners turning locals are genuinely sorry for the hardships of indigenous Greeks – some of the former have paid their share too through increased utility bills, taxes and insurance contributions, and occasionally via unemployment. All, deep down, recognize the distortions and weaknesses that keep us back. Despite that, the power of the land remains intact throughout the centuries, even for the occasional tourist who keeps returning every year to Crete, Halkidiki, Cephalonia or elsewhere, hoping sometime in the future to settle somewhere close to the sea for the rest of their time.

This is not citizenship in paper but a deep appreciation and respect to a homeland Greeks have kept injuring since Ancient times.

Modern Greeks had nothing to prove. Or at least, this is what they thought. Coming out of decades of turbulence and political instability -five wars and a military junta within the previous century- a Greek-style of socialist management of EU funds led to some structural (yet temporarily socially and politically comforting) deficits and debts, which modern ways of life surged in unexpected speed.

Insecurity has always been a dominant feeling amongst Greeks. In the book ‘Greece – The Modern Sequel’, Koliopoulos & Veremis (2007) have argued that “people join political parties in Greece in the hope of securing a post in the administration, which could otherwise be inaccessible to them.’ So clientelism and state patronage ruled throughout the contemporary post-Junta political period that marked the dominance of Greek socialistic/centre-left stratagem that kept the reins of the country since the 1980s (with two centre-right intermissions: 1990-1993 and 2004-2009). Citizenship, therefore, came with perks foreigners could hardly understand in practice.

As a Greek citizen, I guess I always felt special, like everybody else in this southern end of the Balkan Peninsula. The ‘Western’ character of the country kept her [Greece is always a ‘she’ in Greeks’ hearts] isolated from the ‘Iron Curtain,’ preserving a sense of freedom and luxury for visitors and locals. The celebrations of the fall of the Berlin wall in late ‘80s raised a few eyebrows in Greece that felt the repercussions of European change only later, with the eruption of the war in Bosnia. Moreover, the climate, the environment and the nature of our relations always made things easier, along with a tendency to justify wrongdoings and distorted mentalities, through our historically-defined routine to consider the country the epicenter of Western civilization, alas, hit by the Ottoman four-hundred- year occupation.

Although Europeans consider Greece part of their mere existence, Greeks rarely behave as Westerners. We like being a part of this geographical group (or ‘family’), especially when we are obliged to talk about economy and business (especially lately, through the troika prism), but when feelings come in, most of us tend to look towards the east with a sense of nostalgia. Having double standards and attitudes is what makes us look unworthy, or just Easterners, in the eyes of tough Northern Europeans who tend to seek clarity in their political decision-making.

As Greek citizens, we have assigned our Parliament representatives to protect citizenship (and racial purity – choosing to ignore the myriads of migrants and hordes that historically walked on this land) as a precious gift, by prohibiting the privilege even to foreign children born in the country; even young people who follow all the years of mandatory education are still excluded from it. As a result, we prefer to treat the hundreds of thousands of migrants with pity or as a nuisance, depending on our state of mind. We tend to forget the power of the land, the so-called ‘Greekness’ that given the circumstances could be the solution to most of our problems, and we resort to legislative obstacles that aims at preserving the ‘purity’ of the state.

Contemporary Greeks have almost nothing to feel proud of. Today, people in their 40s first understood the public sphere through the prism established by neo-socialist (PASOK) culture that began at the early 1980s, soon to be evolved into an endless spending of state money that led to a period of false prosperity. Both generations X and Y were affected, with the former to maintain the lead in the trip from affluence to hardship.

Whilst Greek Babyboomers are fighting for their future pensions, their parents, -mostly Builders- appear to be the saddest of all, seeing their live savings vanishing through degradation of land valuations or trimmed pensions.

What’s making things worse is that Millennials feel helpless. Those who had the chance to migrate to other countries (government agencies place the figure over 200,000) did so and reached as far as Australia. Some of them, ironically, have followed their migrant grandparents’ footsteps who in the meantime, had returned to the homeland to enjoy what they thought was the Post-Olympics golden period.

The bulk majority of 20-30-year olds remain in the country, despite the fact that 6 out of 10 are out of a job. They are all -what analysts call- NEETs (not in education, employment or training), looking for a way to get a share of the ‘new growth’, which according to the coalition government is around the corner.

All of them have also rights. Their ultimate one -as the media put it- is their right to vote, an opportunity offered in Greece, on average, every three years. Their responsibility is to ‘vote right’, namely assigning power to those people who can make a difference. The task becomes even more difficult in times of crisis, when multiple parametres -self-preservation included- intervene and influence our way of thinking.

Given our massive past -recently revitalised by the Amphipolis digging saga- Greeks should be model citizens. We should be able to build a paradigm of democratic behavior, based on our ancient roots, managing however to act a little more progressively than our self-destructing ancestors. Until now we have failed to do so, relying on old-style partisanship that took turns on favoritism via state patronage. The economic crisis that drained the public sector and the new digital world are changing things.

Participation and collaborative civic action through the new online platforms could enrich the contemporary –and deeply challenged- polity with elements of direct democracy. In the digital era, this becomes much easier and profoundly more crucial for the future of politics, since it is the only means through which the political system could attract the youth, who are keeping themselves out of the mainstream.

Citizenship (and digital democracy) is also about voice. The popularity of social networks makes this possible, although -in Greece- social networks gatherings have a long way to go until they are transformed into an independent, grassroots political movement. A further step is needed; that of organising scattered views and ideas into a coherent political platform, emerging from a democratic, transparent and user-friendly voting process.

In [upcoming] national elections, citizens will be asked to vote political parties that have lost -what pollsters call- their ‘governmentability’ feature. Instead, as current coalition has shown, they rely on each other to form operable leadership schemes that tend to reproduce their sins through cabinet representation quotas. Real change is needed to persuade citizens that the crisis has produced lessons Greek politicians are willing to learn. For the time being we have nothing of the sort.

Note: This is the first of a series of pieces under the general heading ‘Everyday Politics’ that attempts to tackle different roles and concepts in contemporary Greece 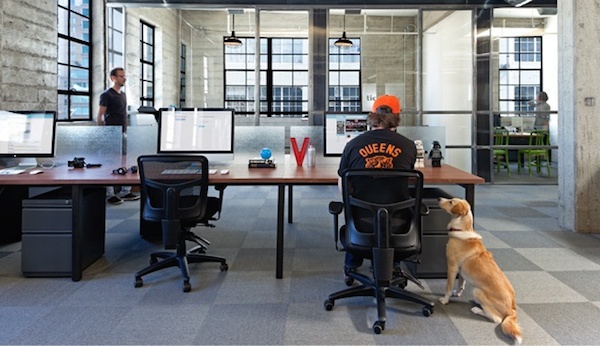