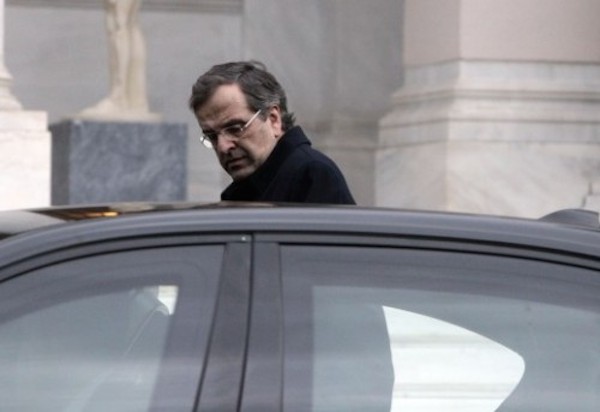 Recent local and Euro elections left Greek politicians wondering about the messages that came out of the ballot box. Truth does not take sides and as it seems, people acted as if they followed a golden mean rule. Their voting behaviour appeared to balance between the old and the new, security and experimentation, systemic and unconventional, wise and foolish.

These days, there are no magicians in Greece and naturally, there is no thrill for the people who have given up a lot of what the system had abundantly offered to them in the last decade or so.

People are exhausted and coalition MPs continue to play the role of the punching bag. They know the troubles of their constituencies; most of them carry the burden of former voters’ desperation, even suicides; those who do not hide from public debate attempt to appear politically active balancing between the rhetoric of the party leader and people’s anger. Some also look as if they are fighting with themselves, trying to distinguish what’s beneficial for the country and what is good for its people and most importantly, if these two are one and the same.

In the Euroelections, the two-party system (ND-ELIA vs. SYRIZA) gathered almost 60% of the electorate (approximately 3.3 million votes). The two other most significant players, Golden Dawn and To Potami (9.39% and 6.60% respectively) are two extremely opposite political formations, the first attracting people’s anger and the second non-partisan, politically alternative crowds. Needless to say, the European agenda was missing from all mainstream debates.

Greeks voted for political parties rather than political figures. In terms of MEP candidates, in the case of SYRIZA, the cross-vote was tactical and disciplined whereas in ND, votes went to strong partisan figures that were not associated with the implementation of economy policy as well as celebrities from television and sports.

In the following months, the country needs three things:

– first, a government that will reposition the country and mark it internationally as a credible destination for investors and at the same time strike a balance between growth and the protection of local values and fair play,

– second, a main opposition, which, following its sensitivity in the human factor, it will formulate and present a specific and measurable government plan that would safeguard the country throughout all possible alternative routes, and

– third, some form of consensus and understanding should be reached amongst coalition government and main opposition.

If the third does not occur, the second produces no results, and the country needs the first to survive in the next six months or so, then at least three more things should happen:

– second, the Prime Minister and his coalition partner should agree to staff the cabinet with non-partisan personnel, preferably managers from the private sector (even ask other parties to provide some of their own specialists),

– third, the government should engage in all sorts of modern communication with society in order to turn people from tax targets into stakeholders of the new effort.

For the time being, in view of upcoming cabinet reshuffle, the beauty contest between current ministers and wannabe ones offers no indication for a change in old partisan habits and antagonisms. Throughout contemporary Greek history, the Prime Minister of the day would staff his cabinet based on personal and partisan criteria, namely the performance of candidates in their constituencies.

Well, today this argument does not exist any more. Nobody likes anyone. It is a perfect opportunity to staff the cabinet with people that do not care for re-election and give them the power to practice common sense in governance.

This government has 6 to 8 months to prove that people’s sacrifices did not go to waste. Handouts passed to those in need are fine, but they do not improve the life of people and of course they do not secure votes – the damage cannot be repaired, at least not in the foreseeable future.

The government should have one single goal: to persuade people that after upcoming structural measures, the memorandum years are coming to an end and henceforth Greece will be a new country.

The only problem is that this time, political communication should reflect reality…